On behalf of the MirageOS team, I am delighted to announce the release of MirageOS 4.0.0!

Since its first release in 2013, MirageOS has made steady progress towards deploying self-managed internet infrastructure. The project’s initial aim was to self-host as many services as possible aimed at empowering internet users to deploy infrastructure securely to own their data and take back control of their privacy. MirageOS can securely deploy static website hosting with “Let’s Encrypt” certificate provisioning and a secure SMTP stack with security extensions. MirageOS can also deploy decentralised communication infrastructure like Matrix, OpenVPN servers, and TLS tunnels to ensure data privacy or DNS(SEC) servers for better authentication.

The protocol ecosystem now contains hundreds of libraries and services millions of daily users. Over these years, major commercial users have joined the projects. They rely on MirageOS libraries to keep their products secure. For instance, the MirageOS networking code powers Docker Desktop’s VPNKit, which serves the traffic of millions of containers daily. Citrix Hypervisor uses MirageOS to interact with Xen, the hypervisor that powers most of today’s public cloud. Nitrokey is developing a new hardware security module based on MirageOS. Robur develops a unikernel orchestration system for fleets of MirageOS unikernels. Tarides uses MirageOS to improve the Tezos blockchain, and Hyper uses MirageOS to build sensor analytics and an automation platform for sustainable agriculture.

In the coming weeks, our blog will feature in-depth technical content for the new features that MirageOS brings and a tour of the existing community and commercial users of MirageOS. Please reach out If you’d like to tell us about your story.

The easiest way to install MirageOS 4 is by using the opam package manager version 2.1. Follow the installation guide for more details.

Note: if you upgrade from MirageOS 3, you will need to manually clean the previously generated files (or call mirage clean before upgrading). You would also want to read the complete list of API changes. You can see unikernel examples in mirage/mirage-skeleton, roburio/unikernels or tarides/unikernels.

MirageOS is a library operating system that constructs unikernels for secure, high-performance, low-energy footprint applications across various hypervisor and embedded platforms. It is available as an open-source project created and maintained by the MirageOS Core Team. A unikernel can be customised based on the target architecture by picking the relevant MirageOS libraries and compiling them into a standalone operating system, strictly containing the functionality necessary for the target. This minimises the unikernel’s footprint, increasing the security of the deployed operating system.

The MirageOS architecture can be divided into operating system libraries, typed signatures, and a metaprogramming compiler. The operating system libraries implement various functionalities, ranging from low-level network card drivers to full reimplementations of the TLS protocol, as well as the Git protocol to store versioned data. A set of typed signatures ensures that the OS libraries are consistent and work well in conjunction with each other. Most importantly, MirageOS is also a metaprogramming compiler that can input OCaml source code along with its dependencies, and a deployment target description to generate an executable unikernel, i.e., a specialised binary artefact containing only the code needed to run on the target platform. Overall, MirageOS focuses on providing a small, well-defined, typed interface with the system components of the target architecture.

The MirageOS4 release focuses on better integration with existing ecosystems. For instance, parts of MirageOS are now merged into the OCaml ecosystem, making it easier to deploy OCaml applications into a unikernel. Plus, we improved the cross-compilation support, added more compilation targets to MirageOS (for instance, we have an experimental bare-metal Raspberry-Pi 4 target, and made it easier to integrate MirageOS with C and Rust libraries.

This release introduces a significant change in how MirageOS compiles projects. We developed a new tool called opam-monorepo that separates package management from building the resulting source code. It creates a lock file for the project’s dependencies, downloads and extracts the dependency sources locally, and sets up a dune workspace, enabling dune build to build everything simultaneously. The MirageOS 4.0 release also contains improvements in the mirage CLI tool, a new libc-free OCaml runtime (thus bumping the minimal required version of OCaml to 4.12.1), and a cross-compiler for OCaml. Finally, MirageOS 4.0 now supports the use of familiar IDE tools while developing unikernels via Merlin, making day-to-day coding much faster.

Review a complete list of features on the MirageOS 4 release page. And check out the breaking API changes.

About Cross-Compilation and opam overlays

This new release of MirageOS adds systematic support for cross-compilation to all supported unikernel targets. This means that libraries that use C stubs (like Base, for example) can now seamlessly have those stubs cross-compiled to the desired target. Previous releases of MirageOS required specific support to accomplish this by adding the stubs to a central package. MirageOS 4.0 implements cross-compilation using Dune workspaces, which can take a whole collection of OCaml code (including all transitive dependencies) and compile it with a given set of C and OCaml compiler flags.

The change in how MirageOS compiles projects that accompanies this release required implementing a new developer experience for Opam users, to simplify cross-compilation of large OCaml projects.

A new tool called opam-monorepo separates package management from building the resulting source code. It is an opam plugin that:

opam-monorepo is already available in opam and can be used on many projects which use Dune as a build system. However, as we don’t expect the complete set of OCaml dependencies to use Dune, we MirageOS maintainers are committed to maintaining patches that build the most common dependencies with dune. These packages are hosted in two separate Opam repositories:

When using the mirage CLI tool, these repositories are enabled by default.

In Memory of Lars Kurth 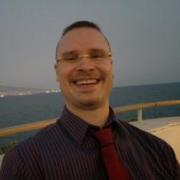 We dedicate this release of MirageOS 4.0 to Lars Kurth. Unfortunately, he passed away early in 2020, leaving a big hole in our community. Lars was instrumental in bringing the Xen Project to fruition, and we wouldn’t be here without him.